Ski 2014 was a massive hit – just as we expected it to be! The feedback from the group has been very positive. Some of them have already paid a deposit for next year’s skiing holiday (leaving on Jan 17th 2015) and I haven’t even confirmed the chalet yet! Yes, they could book with anyone, but it’s the Prime Energy experience they’re after. 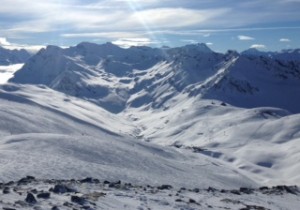 As usual the group catered for all levels of ability. Some people spent their time just cruising down the piste, some took lessons and the “A” team, as they soon became known, were very brave as they went off piste into deep fresh powder snow and skied through the forest – FANTASTIC! What was very evident was that our Personal Training clients and those who attend classes stayed the distance all week, whereas the rest of the mob were broken by Tuesday. Says a lot about our training – and as JFK said,  “Fitness is the basis for all forms of excellence.”  How true. 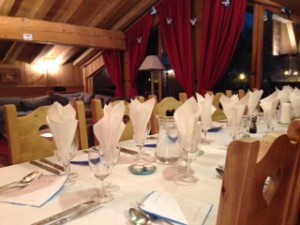 Because we were away for Burns Night I took a special menu with me and presented it to the staff in the chalet. On the Thursday evening they did us proud by laying on a fab supper, of course accompanied by a tot of a very fine single malt to finish off the evening.

As well as Ski 2015 I’ve also had some requests for another trip in March 2014. If you’re interested please let me know asap – and if you want to know what it’s like, just ask anyone in your class that came on the January tour!